I'm a Voluntaryist, as well as an ethical and political philosopher. Also Instagram Model.😉

This is my NAS account for chatting with NAS folks ("boomers"). My regular accounts are listed.

This is a short video debunking some trans myths.
https://odysee.com/@shebang:d/Powers_Clips:2

My #nas avatar. Low effort lol but I still like it fine. You can see my spider backpack on the back of the chair. ♥

Second one is for my freethinkers account. It features a jacket from nas' own @Dr_Disorder. I think it has a bit of a cyberpunk look. Very cool.

3rd one was taken by someone during the beginning of the 2nd meme war, perhaps someone with a crush? Was taken while I was catching a ride to the front.

If one more person at work asks my pronouns I'm gonna scream.

We went from "2 weeks to flatten the curve" to "get in the gulag" In a little over a year. THIS IS WHY YOU DON'T GIVE AN INCH

@Therealdcgirl You should show up on jitsi and see the new and improved Shebang!

As you get your tax report done, don't forget that those COVID ads on Youtube were paid with your money.

Well my dad got his puh-fizer vaccine. He had zero side effects.

So that's good I guess.

I should go be productive.

actually me: shitposts about arch

Still my favourite unit of measurement.

I’m probably about -3. Meaning that I believe that Canada would probably launch 3 ships to prevent my return in event of my capture.

You can’t make this shit up.

JUSTIN CODY IS DISEASED
DON'T GO ON JITSI
WITHOUT A MASK

JUSTIN CODY IS DISEASED
DON'T GO ON JITSI
WITHOUT A MASK 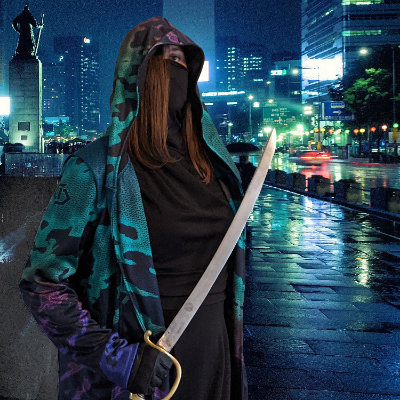 There is more to the “Dad jailed for misgendering child” floating around the usual far-right types.

Obviously the contards won’t care, certainly not about the child — they use children for propaganda same as the far-left.

if a gadget has no USB-C in 2020, it's crap and don't buy it, not only Shure corporation is stupid and offers micro-USB instead of USB-C:

I think it’s time I just abandoned any “serious” subs on reddit. This kind of shit drives me nuts.

The religious right is generally speaking a pretty sad bunch, honestly. So I mean, sure moron, you’re stopped clock is true here.

There is just so much dumb stuff here. Being trans is anti capitalist, what? That’s retarded. Where did you think our treatments came from, dummy? Where did all of this come from - not the fucking communists.

And the simply ignorant view “only the strong survive” - that’s true under every system. That’s life, that’s planet earth, baby. But what gets my hackles up about it is the assumption that being trans makes me weak. Yeah, speak for yourself leftist weakling.

When the weak victim left says “do the work” they mean whine in Tumblr. When I say “do the work”, I move freight bitches.

Waaaah society doesn’t like me. Here’s a clue for ya, it doesn’t like anyone. Ok fine, we have challenges others don’t. So do people bound in wheelchairs. Just because someone looks like they are fine, doesn’t mean they are, you don’t know what happens in people’s lives. We have no monopoly on hard times, get over yourself cupcake.

It’s this shit, this absolutely helpless little wretch that makes people hate trans people. It’s an breathtaking lack of understanding of their ideology.

(Earlier in the thread, some idiot was claiming that Bernie and other DSA poltroons were for the Nordic model. Lol!)

I'm a Voluntaryist, as well as an ethical and political philosopher. Also Instagram Model.😉

This is my NAS account for chatting with NAS folks ("boomers"). My regular accounts are listed.

This is a short video debunking some trans myths.
https://odysee.com/@shebang:d/Powers_Clips:2