IT programmer named Brendan Kidwell. In Gitmo Nation: I run GitmoList and Pintsize. Opinions I express here may not be my employer's or my own. 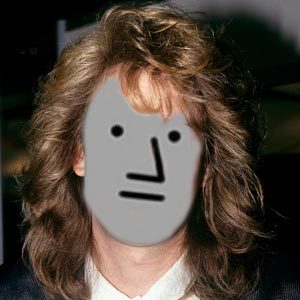 @adam All I noticed was that I was looking great as usual! ❤️

Is this clown world, or past it? CCP sends Muslims to get reeducated or die in labor camps, and the camps get credit in a Disney film.

Well, I tried to listen to @adam on Joe Rogan.

I've got a friend who "Did too much LDS in the 60s" (as Captain Kirk put it) and it's exhausting just walking on the street or getting tea from a café with her. I'll be halfway through explaining my point and she's already 3 topics ahead of me and not listening. I can't listen to a radio show like that.

Rogan needs to lay off the drugs and FOCUS.

@NoAgendaBBS I may have hit an eddy in the spacetime continuum. I think I posted a message 60 minutes in the future.

@NoAgendaBBS I'm confused about the setup process. Why can't I enter more than 5 characters for a password?

Yep. This is why the second wave of the plague is coming and why Lockdown part 2 is gonna be worse. Buckle up.

The take-home here is Thunderf00t has been successfully trained by Google to never talk about Covid-19 again, even if he's trying to convince you that someone with a conspiracy is full of shit.

Thunderf00t has been trying to publish a debunking of a conspiracy theory on YouTube for 3 months and they keep telling him his videos aren't allowed because he's promoting that conspiracy theory. Or, he's impersonating someone.

He tried CAPTCHAing the support team and found he was talking to a robot.

Do not build a business that depends on YouTube for revenue. (Thunderf00t did not do that; I'm just saying it's a bogative platform.)
https://www.youtube.com/watch?v=W_WH2H9hohw

Some Obamaphones are unusable due to being intentionally loaded with malware before delivering to the customer.
https://soylentnews.org/article.pl?sid=20/09/07/1958245&from=rss

Had to share this, so I came back to NA Social.

Music theorist Adam Neely demonstrates in this 44 minute lecture that "music theory" (the harmonic style of 18th century musicians) is structurally based on white supremacy. Don't worry: he's not a drooling lefty or foaming right-wing nut job. He's serious. Also he's not saying we should cancel anyone, except maybe Nazis.
https://www.youtube.com/watch?v=Kr3quGh7pJA

Okay bye. I'll be back later next week when y'all are done glorifying civil war with your memes.

@noagendashowvideo you've probably been asked this already, but I need to know: Who is that woman in your profile pic? Are your pronouns still "he"?

So this elderly couple was being harassed by rioter in Kenosha tonight. Neighbors came out armed and hogtied perp. Community coming together. This cookie cutter colonial neighborhood has all entrances blocked with cars with armed patrols. All freeway entrances are blocked with spike strips. All out of state plates are getting pulled over.

N.B. My fork isn't public yet. :^) I only did all that so I could freely make changes to fix bugs in the IRC framework, and not lose them.

Later, I'll probably have to suck it up and publish my project-takeover fork, and declare myself the new maintainer.

*Sigh. That took longer than I thought. I'll soon be the proud new owner of the abandoned PHP IRC framework "phergie". Forking a multi-component PHP Composer project is really not pretty. I had to this for each component:

@progo I've got 3 new terms in the last 24hr that I am going to use from now on.
- proto-nazis (for BLM/Antifa)
- stelliocracy (rule by reptilians)
- narrative causality (if you repeat a narrative enough it becomes fact)

Well, no surprise here. "Voice over LTE" was apparently designed to be weak enough to cracked and spied upon, on day one.

> The attack doesn't exploit any flaw in the Voice over LTE (VoLTE) protocol; instead, it leverages weak implementation of the LTE mobile network by most telecommunication providers in practice, allowing an attacker to eavesdrop on the encrypted phone calls made by targeted victims.

I'm going to assume malice and not stupidity, here.

I never read any Discworld stories. Perhaps I should. It may explain clown world better than Nineteen Eighty-Four does.

> On the Disc, if a story or legend is told often enough and believed by enough people, it becomes true. This is known as the law of narrative causality.

In the mean time I'm going to use "narrative causality" as a label for such things.

IT programmer named Brendan Kidwell. In Gitmo Nation: I run GitmoList and Pintsize. Opinions I express here may not be my employer's or my own.