Common sense is scarce irl these days, would love talking to some likeminded people over here - where else but at no agenda social? I wouldn't know

We (the antivaxxers) are officially off the hook!!
We are lost souls that cannot be coerced nor saved by our generous, overprotective overlords.

Great news from our own DOCTOR Leana Wenn, pffew that’s a huge relief😌🙏🏻 Thank you John and Adam, for a good laugh

Every now and then I watch a video from this guy, John Bergman. He’s a chiropractor and has a solid, factual story about how health truly works (spoiler alert: it’s not as complicated as ‘experts’ always make it out to be..)

bUt ChIrOpRaCtErS aRe NoT dOcToRs - Indeed, fortunately they’re not! Their focus is on health, a doctor’s focus is on disease.

But i digress; watch this video if you’d like to get truth bombed about health and the disease business we call medicine🙂

how do these pharmaceutical companies NOT realize that their vaccine wars are against their own best interests?

Because these wars are creating anti-vaxxers exponentially in the upcoming years?
Bless their heart, I almost feel bad for them.😼

“Around the world, cases and deaths are continuing to increase at worrying rates,” WHO Director-General Tedros Adhanom Ghebreyesus said in a briefing focused on Papua New Guinea and the western Pacific.

The ‘cases’ part makes sense, seeing how they can use the PCR test how they want. But the ‘deaths’ part is a gigantic, fat lie in our ff-ing faces if you ask me. Am I wrong here? 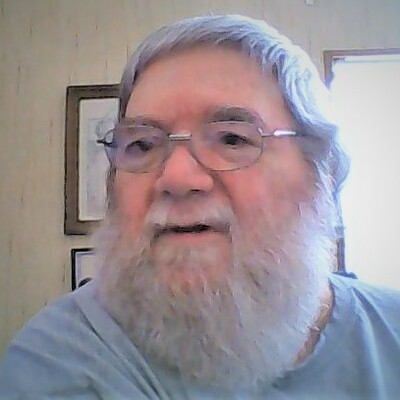 Mother Pleads for Help After Son Removed From Her Care Over Facebook Post Without a Mask (VIDEO) https://www.thegatewaypundit.com/2021/03/mother-pleads-help-son-removed-care-facebook-post-without-mask-video/?

Bill Gates funded article “It's time for Africa to rein in Tanzania's anti-vaxxer president” - And what a coincidence, a month later the man is dead

Anyone else feel like the covid narrative is falling apart in a surprisingly rapid rate ?

And not just that, it seems that the view on vaccines in general will change from now on. Same goes for government and msm. Beautiful to watch.
Painful to see how few people in the world want a vaccine or a ‘test-society’ and how some government officials are still trying to force-feed it in a passive agressive manner.

They really blew it! They flew too close to the sun and now they lost bigtime 🥲

“You’re such a conspiracy theorist, you know, for believing that the government would poison us with chemtrai...”

When no maskers spot each other out there

They are making a big mistake by publishing contradicting data about the vaccines @adam, because it won’t drive people more apart.

It will actually bring people together I think, because the trust in the government and the health ‘experts’ will only decrease more and more! Making people say things like “wow, this is total bs” to one another:)

You know how everyone is always hating on centrists?

I’m wondering: is it centrists that don’t realize yet that they’re actually independents/libertarians/anything outside the two-party system?

Or is it that fools within the two-party system simply classify these people as centrists, even though they don’t necessarily see themselves as a centrist?

Love Whatsherface! 😌
Maybe I should show this video to my friend that still religiously believes the official story..

if someone else has good videos to show as an intro to newbies, send please :)

Does anyone know why NAS was offline for a while?

Tonight I started reading the manifesto from the Unabomber.

I did not know that leftism - 40 years ago - had the same damn problems it has now ! Collectivism, relativism, victimhood, rejection of truth, all of it.

The manifesto was written in the 90’s and the first part of this small book was all about ‘modern leftism’ right away, i swear it felt like I was reading a book that is a few years old. That was just so weird to me, I really thought that that was a relatively modern problem.

Take a look at this thread:

Worldleaders are resigning everywhere. Fleeing, if you will.
Is this a sign that Q is not that much of a ridiculous theory as we thought it was?

Common sense is scarce irl these days, would love talking to some likeminded people over here - where else but at no agenda social? I wouldn't know